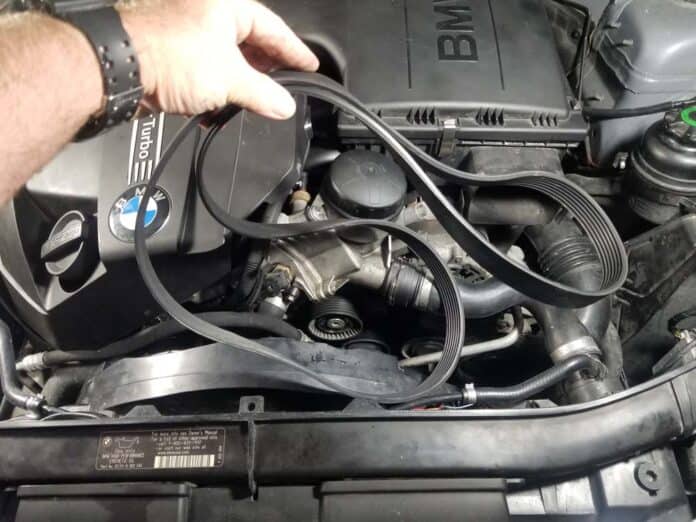 Affiliate link disclosure – The BMW Repair Guide uses affiliate links in their site. For more information on affiliate links, please click here.
Repair Summary
This article gives detailed instructions on replacing the tensioner pulley, idler pulleys and main accessory (serpentine) belt in a BMW vehicle with the N54/N55 turbocharged engine. Even though we used a 2011 335i to perform this repair, this article can be applied to all 1,3,5 and X1 vehicles with either the N54 or N55 turbocharged engine with minor modifications to the repair steps.

A BMW N55 engine squeal repair includes replacing the tensioner and idler pulleys, as well as the main accessory belt.

We continue to hold the belief here at the Repair Guide that the most annoying sound that is ever generated from the motors in our BMWs is engine squeal due to worn pulleys and/or drive belts. It is a nerve grating sound that is almost impossible to pinpoint due to all of the other ambient noise emanating from the engine. But if you are experiencing engine squeal in your N54/N55 turbocharged powerplant, it is most likely due to a failing belt tensioner, idler pulleys, or main accessory belt.
A BMW N55 engine squeal is usually caused by a failing belt tensioner or idler pulley. The belt tensioner does exactly as its name implies; it keeps pressure on the main accessory (serpentine) belt as it weaves its way through the alternator, power steering pump, and ac compressor. As the belt tensioner spring ages this pressure begins to decrease, allowing the belt to slip and cause a squeaking sound from the engine. The idler pulleys (there are two on the N54 and N55 engines) have the job of redirecting the main accessory belt so it doesn't get bound up as it travels around the front of the motor. Age also takes its toll on their bearings, causing them to squeal as they reach the end of their service life. The two belt tensioner pulleys are also susceptible to bearing failure.
The main accessory belt, also known as the serpentine belt, can be another source of BMW N55 engine squeal. As the belt ages, it can stretch, causing it to slip on the pulleys producing a chirping sound. This is most noticeable when the engine is cold, or when it is first started.
Diagnosing the exact culprit of your BMW N55 engine squeal is very difficult due to all of the background noise going on around the pulleys and the belt. Failing pulleys and belts can squeal when cold, hot, or anywhere in between. Trying to pinpoint exactly which component is failing is usually an exercise in futility. The best plan of action in curing your BMWs engine squeal is to replace all of the pulleys and the belt together in one repair.
Replacing the serpentine belt, tensioner, and idler pulleys in your N54/N55 turbocharged engine is actually quite simple and can be done by any home mechanic with average ability. The pulleys are easily accessed from the top of the engine and the belt can be replaced without having to remove any major components. It is a great money-saving repair that avoids an expensive trip to the dealership or local foreign repair shop.
×
N55 Engine - All Models
View the detailed parts diagram for this repair.
Includes detailed part diagrams, part numbers and links to purchase all of the required components needed to complete this repair.

Before starting this repair, you must have the following required parts.
All E90 and E92 models with N55 engine
Continental Serpentine Belts come in a wide range of sizes and are designed to be oil-resistant and temperature-stable from -22ï½F to 176ï½F (-30ï½C to 80ï½C). Continental Serpentine Belts deliver 98% power efficiency. While a lower profile design easily handles higher engine revs, reducing noise and providing cooler running temperatures. High performance construction features include polychloroprene rubber cover and body, polyester fiber tensile members, and a ribbed belt design.
N54 and N55 engine - 1,3,5 and X1 models
This is the same factory accessory belt that would be installed at the BMW dealership.
N55 engine - 1,3,and X1 models
If you are replacing your accessory belt, you should also replace this tensioner assembly. By doing so, you ensure your belt drive system is going to work as it should and you won't be inconvenienced with lack of A/C and power steering.
N54 engine - 1,3,5,and X1 models
The higher idler pulley.
category = 59category = 14category = 2084category = 2047category = 5616category = 2048
Repair Steps
Section 1 - Removing the Belt and Pulleys
As discussed at the beginning of this article, replacing the belts and pulleys on your N54 or N55 turbocharged engine is actually quite simple compared to other BMW models. The belt and pulleys are easily accessible from the top of the engine without any need to raise the vehicle or remove the cooling fan. It is a little bit of a tight squeeze getting the new belt on the lower pulleys so exercise patience during this step.
Section 2 - Vehicle Reassembly
Installing the new pulleys and accessory belt in your BMW N54/N55 turbocharged engine is simply the above steps in reverse with no special procedures. Take your time installing the new belt ensuring it is routed correctly around the pulleys (see routing diagram below). We have provided a handy checklist below with the exact reassembly steps along with important torque values for the pulley bolts. 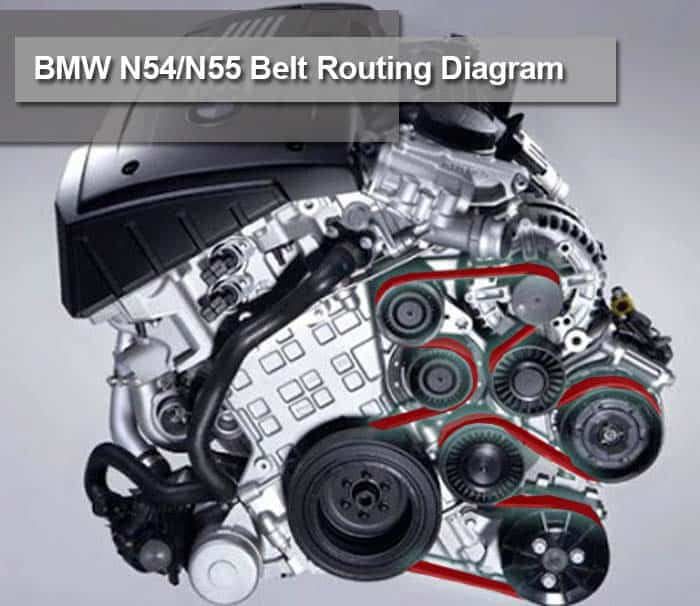 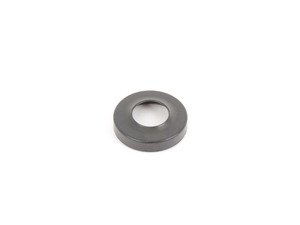 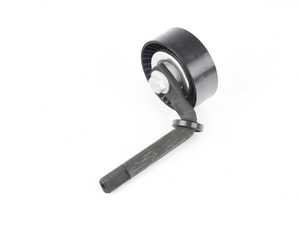 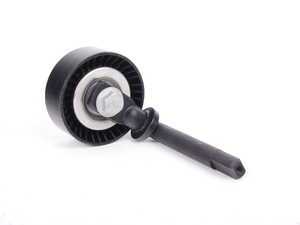 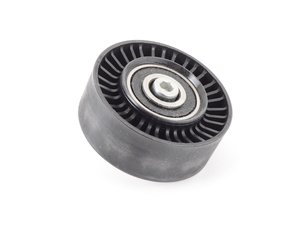 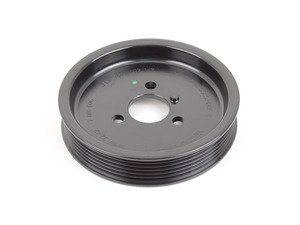 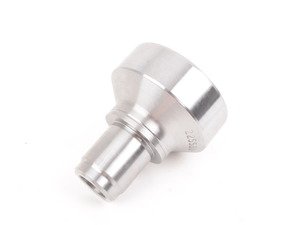 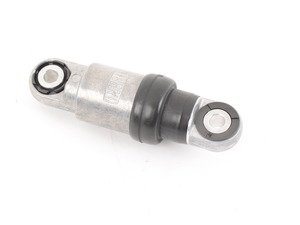 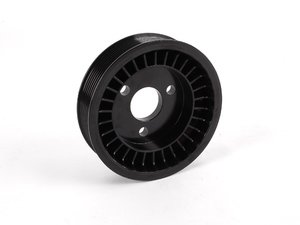 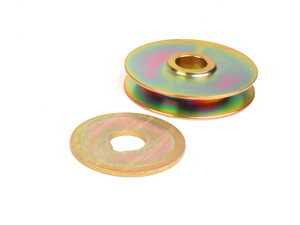 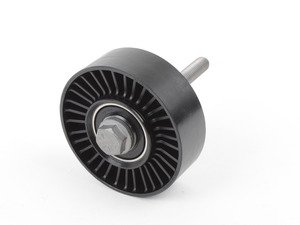 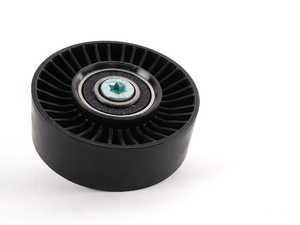 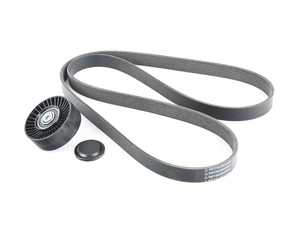