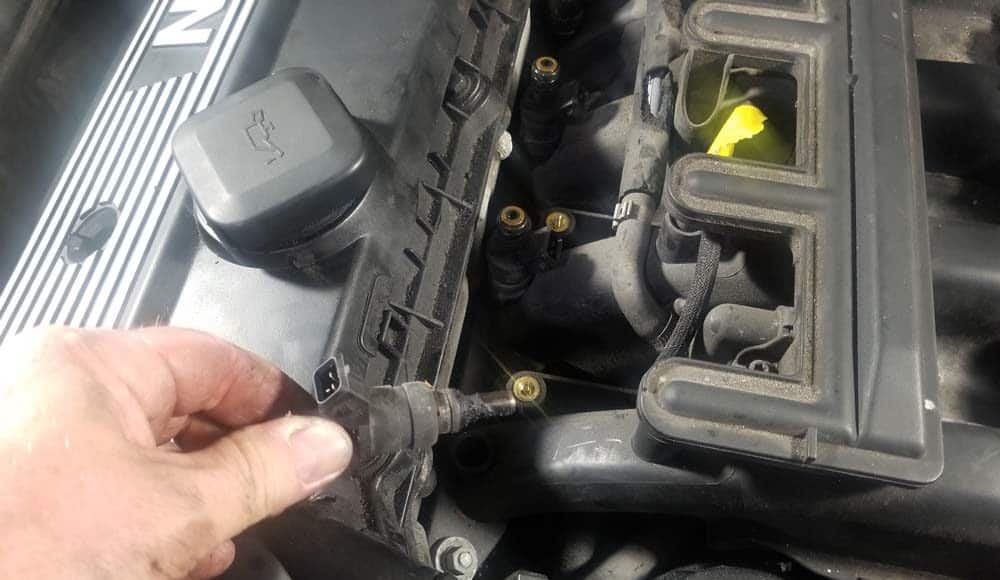 No matter how much we pamper our BMWs, the sheer volume of contaminates being forced into our automobiles will, unfortunately, catch up to us. When we consider that an average BMW E46 3 series that has been driven 100,000 miles consumes approximately 4,000 gallons of gasoline, we start to realize the enormous quantity of fuel that is being pumped into the engine.
It is a known fact that just about every gallon of fuel we dispense into our vehicles is contaminated to a certain degree. The most common contaminants are water and particulate matter (dirt and rust). Water is the number one enemy of fuel systems - it causes corrosion in the fuel tank and metal lines which can eventually break loose and get caught in the BMW E46's fuel filter and injectors. Dirt and rust in the gasoline can also end up in the filter and fuel rail, clogging injectors and causing poor performance.
The BMW E46 fuel injectors are simple electronically controlled valves that when energized open and close a needle plunger, allowing pressurized fuel to be sprayed into the intake manifold where it is mixed with air for combustion. They are precisely regulated by the engine control module (DME) - any conditions that keep them from performing normally (clogged nozzles from contaminates, carbon build-up or mechanical failure) can severely affect the engine performance.
Even though water and particulate contamination are the most prominent sources of BMW fuel injector failure, there are also other causes. Fuel restricting hydrocarbon deposits (or carbonization) can build up on the tip of the fuel injector; this is very common in BMW engines that use "cheap" low octane fuel that does not combust evenly. Fuel injectors can also succumb to mechanical failure. As we always say here at the Repair Guide "no mechanical part lasts forever"...especially those in the engine compartment subjected to continual heat and stress.
Symptoms of dirty, clogged, or mechanically failing BMW E46 fuel injectors are; rough idling, stalling out, poor acceleration, engine misfires and instrument cluster warning lights. Since these symptoms can also indicate other issues within your fuel system (including a faulty fuel pump or clogged fuel filter), the BMW Repair Guide recommends diagnosing your issue prior to replacing the injectors.
BMW 3 Series fuel injectors have a definitive service life, and although there is no specific maintenance schedule defined in the Service and Warranty Information for them, the BMW Repair Guide strongly recommends replacing them every 100,000 miles. A BMW E46 fuel injector replacement in the 1998-2006 3 series is actually a relatively simple procedure for any home mechanic with average ability and can save a very expensive trip to the dealership or local repair shop.
×
M52 and M54 Engines - All Models
View the detailed parts diagram for this repair.
Includes detailed part diagrams, part numbers and links to purchase all of the required components needed to complete this repair.

Before starting this repair, you must have the following required parts.
All E46 vehicles except 330i/330ci
If your vehicle has recently been suffering from a decrease in performance, fuel economy and smoke from the exhaust your fuel injectors probably have gone bad. Make sure your engine is getting the correct amount of fuel with new injectors.
E46 330i/330ci only
These are the same factory fuel injectors that would be installed at the BMW dealership.
Commonly used in many different models.
This metal clip is used to hold the fuel injector in place.
All BMW E46 models
Made to reduce the amount of dust, dirt, and allergens making it's way into the cabin, this carbon filter will keep everything out of your interior. By filtering out dust and dirt, those contaminants don't make it into your HVAC system, making everything work easier and cleaner.
All BMW E46 models
Cabin filters are something that is often overlooked in vehicle maintenance, but these filters are actually very important to both your comfort and health. Traditional cabin filters prevent pollen, dust, and other allergens from entering your vehicle's cabin, keeping your air as clean as possible. Cabin filters that feature an activated charcoal filter layer take it a step further to help eliminate unpleasant smells, especially useful in large cities or when passing smelly areas such as farms.
Repair Steps
Section 1 - Preparing for the BMW E46 Fuel Injector Replacement
As discussed above, the fuel injectors in the BMW E46 3 series are located on the top of the intake manifold underneath the fuel rail. The microfilter housing will need to be removed in order to access the fuel injectors.
Section 2 - Removing and Reinstalling the Fuel Injectors
Contrary to other repair articles you may read, there is absolutely no need to disconnect the fuel lines to the fuel rail prior to removing the injectors. This is welcomed news for most mechanics since the fuel line disconnects are behind the engine and are very difficult to access without removing the intake manifold. Also contrary to other repair articles, we believe it is much easier to remove the fuel injectors AFTER the fuel rail is unclipped from them. Many fuel injectors on older vehicles like the E46 become heavily carbonized and are literally impossible to pull free with the fuel rail. Many mechanics will try and pry the injectors out with the fuel rail, causing possible damage to the intake manifold or plastic valve cover. Removing the fuel rail first then pulling each individual injector is a much easier, safer and efficient process.
BMW E46 Fuel Injector Replacement Finished
Share
Facebook
Twitter
Pinterest
WhatsApp
Previous articleMINI R56 Friction Wheel Replacement – 2006-2013 MINI Cooper/S
Next articleBMW M52 Intake Manifold Removal – 1995-2000 3,5,7,Z3 Series 6 Cyl.