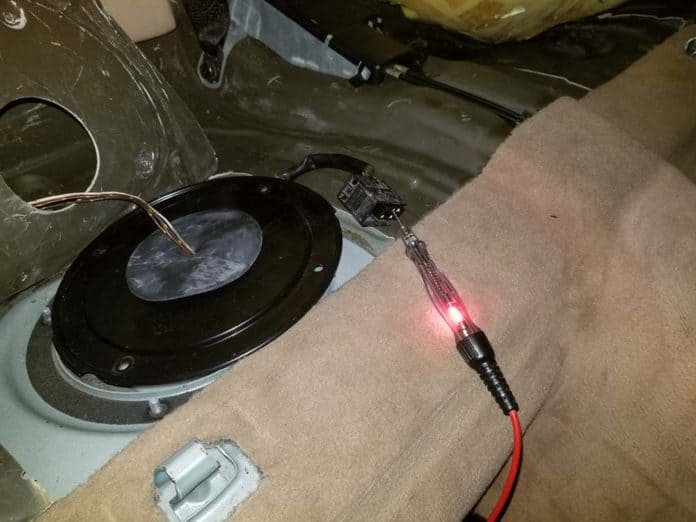 Affiliate link disclosure – The BMW Repair Guide uses affiliate links in their site. For more information on affiliate links, please click here.
Repair Summary
The following article gives detailed instructions on testing and diagnosing the fuel pump in a BMW E46 325i, 325xi or 325ci vehicle (Siemens DME 42.0 and 43.0). Even though we have used a 2003 325ci to perform this repair, this article can be applied to any 2000-2005 E46 325i series vehicle with minor modifications.

A BMW E46 fuel pump test is a simple procedure that will pinpoint the cause of your pump failure.

One of the more common causes of a BMW E46 3 series not starting, having difficulty starting, or running poorly is a faulty fuel pump. Unfortunately, a problem with the electrical supply to the pump can often be misdiagnosed as an issue with the pump itself. It is crucial that a BMW E46 fuel pump test is performed to identify the exact cause of the pump's failure before purchasing unneeded parts.
The BMW E46 fuel pump test procedure is very straightforward; it involves testing the fuel pump's electrical supply to make sure it is receiving power, and if it is, verifying it is producing the proper fuel pressure. If the pump is receiving power but is not running, or is running but not producing enough fuel pressure, then the pump is faulty and needs to be replaced. If the pump is not receiving power, then there is most likely a problem with either its fuse(s) or relay.
The following is a simple electrical diagram showing how power is supplied to the fuel pump. It is important to note that the fuel pump relay is "triggered" by the vehicle's DME (engine control unit); when the key in the car's ignition is turned to start the vehicle, the DME supplies a ground to the relay, allowing power from the battery to flow to the fuel pump.

Testing the pump requires two steps; the first is making sure the pump is receiving power and if it is, verifying it is producing the correct fuel pressure. Testing the BMW E46 fuel pump's power supply simply requires hooking a digital multimeter or 12V test light to the fuel pump's electrical plug, turning the ignition key to the second ("start") position, then checking the voltage. Testing the fuel pressure requires attaching a gauge to the fuel rail and attempting to start the car.  The good news is BMW designed the E46's fuel pump and fuel rail to be easily accessible - it only takes a few minutes to access either one of them.

Testing the fuse and relay

If you determine power is not being supplied to the pump, then you will have to check the fuse and the relay to find the culprit. Usually, one (or both) has failed and will need to be replaced. Although technically possible, it is very unlikely that the ground from the DME is causing the issue since a DME failure would shut the entire vehicle down...not just the pump.
Checking the fuel pump fuse is simple...it is located in the glove box. Checking the fuel pump relay is unfortunately a little more time-consuming. The fuel pump relay is located in the control module rack, behind the glove box. The glove box will have to be removed and the control module rack lowered from the dashboard to gain proper access to the relay...there just isn't any shortcut method to doing this. Once the relay is removed, you can use a 12V test light or multimeter to verify that it is receiving power. Finally, you will need to "jump" the relay with a piece of wire to confirm the relay is bad.
All of this may sound complex, but it is actually very straightforward. We give you detailed step-by-step instructions below on how to perform the BMW E46 fuel pump test outlined above. If you determine that your fuel pump has failed after this test, please see our article BMW E46 Fuel Pump Replacement for detailed instructions on performing the repair.
×
E46 3 Series - All Models
View the detailed parts diagram for this repair.
Includes detailed part diagrams, part numbers and links to purchase all of the required components needed to complete this repair.

Before starting this repair, you must have the following required parts.
All BMW E46 models
A failing fuel pump has many potential symptoms, including: hard starting cold or after a heat soak, an illuminated check engine light, engine misfire under load or when cold, stalling, or a no-start.
All BMW E46 models
Gasket between the fuel pump/sending unit assembly and retaining collar that secures the assembly to the fuel tank.
All BMW E46 models
Factory "white green" relay that controls the fuel pump.
category = 328
Repair Steps
Section 1 - Testing the Fuel Pump
As discussed above, testing the fuel pump is actually a two step process. First is making sure the pump is powering up and running and if it is, verifying it is producing the correct fuel pressure in the engine.
Section 2 - Checking the Fuel Pump Fuses
There are two fuses feeding the fuel pump relay with power; a 15 amp fuse located in the glove box fuse block, and a 20 amp fuse located in the engine compartment E-box. Unless you are experiencing a host of other issues with your vehicle (like the car going into "limp mode"), it is doubtful the 20 amp E-box fuse is blown. But since it only takes a few minutes to check it, we include it in our BMW E46 fuel pump test.
Section 3 - Testing the Fuel Pump Relay
If neither of the fuel pump fuses are blown, or if you still do not have power at the fuel pump after replacing a blown fuse, then most likely the power issue is due to a faulty relay. The fuel pump relay is located behind the glove box in the control module rack. In order to access it so it can be properly tested, the glove box will need to be removed.
Section 4 - Fuel Line Pressure Test
If you have identified and repaired an electrical issue with the fuel pump and the vehicle is running normal, then there is no need to continue with this step. If you have power to the fuel pump, but your vehicle is still exhibiting symptoms of a failing fuel pump (difficult to start, engine stalling out, very poor performance) you will need to perform a fuel line pressure test. Performing a pressure test on the fuel system requires attaching a fuel pressure gauge (available from any auto parts store or our tool list above) to the fuel rail at the top of the engine. Fortunately, BMW made it very easy to access and test the fuel rail on the E46 3 series...it can be done in about 15 minutes. To perform a fuel line pressure test, please read our article BMW Fuel Pressure Test – Fuel Rail/Schrader Valve Method.
BMW E46 Fuel Pump Test Finished 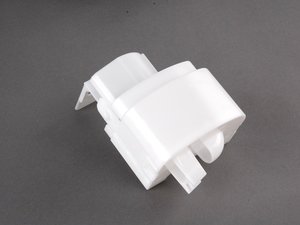 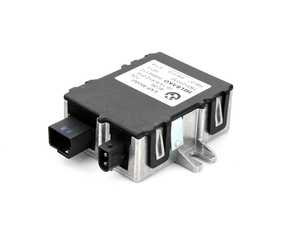 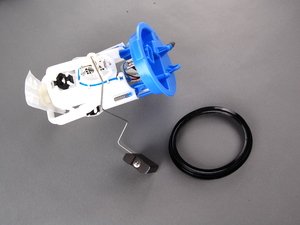 $422.95
Part # 16-14-2-229-684 - The fuel pump in your vehicle is essential for delivering the proper amount of fuel at the correct pressure. Usually, they fail unexpectedly and at the worst possible time. Luckily, ECS Tuning carries a full line of replacement fuel pumps to get your vehicle back on the road again. This fuel pump installs easily in the place of your broken or worn pump. All wiring connections are the same to make this an easy plug and play installation. Don't take a chance on an inferior fuel pump from the local auto store that may leave you stranded again. Choose a quality unit to ensure thousands of worry free miles. This Genuine BMW unit is a factory direct replacement and is designed to fit just like factory. Pressure, gallons per hour, and size are the same to offer stock performance in your vehicle. Fits: BMW E46 M3 S54 3.2L
http://click.linksynergy.com/link?id=whPkjrNnIYw&offerid=580643.18220899390&type=15&murl=https%3A%2F%2Fwww.ecstuning.com%2Fb-genuine-bmw-parts%2Ffuel-pump%2F16142229684%2F
Share
Facebook
Twitter
Pinterest
WhatsApp
Previous articleBMW F30 Cabin Air Filter Replacement (2012-2019 F30 and F32 Microfilter)
Next articleBMW E46 Fuel Pump Replacement – 1998-2006 3 Series – All Models