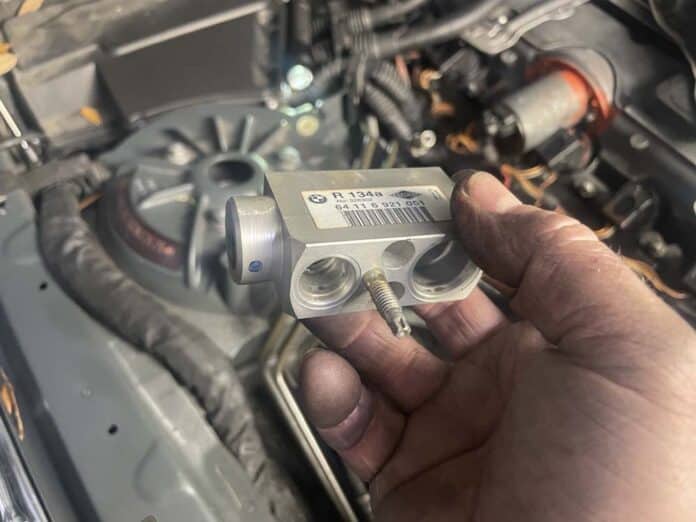 Repair Summary
This article gives detailed instructions on replacing the air-conditioning pressure sensor and expansion valve in a 2004-2010 BMW E60/E61 5 series vehicle. Even though we used a 2006 530xi touring wagon to perform this repair, this article can be applied to any BMW vehicle with minor modifications to the repair steps.
Per Section 608 of the Clean Air Act, it is illegal to knowingly release automotive 134a refrigerant into the atmosphere and is punishable by fines up to $27,500 per occurrence. Removal of 134a refrigerant from your vehicle's HVAC system must be recycled or reclaimed using the proper equipment. If you are a home mechanic and are not receiving compensation for your work, you may remove your own refrigerant following proper procedures. The BMW Repair Guide in no way advocates the release of 134a into the atmosphere by publishing this article. For more information on handling your BMW's ac refrigerant please visit https://www.epa.gov/mvac.

Replacing the refrigerant pressure sensor and expansion valve in your BMW will stop the A/C system from cycling between cold and hot air.

Although there can be several symptoms indicating a faulty air-conditioning pressure sensor and/or expansion valve in your BMW, the most common one is the system cycling between cold and hot air.
The air conditioning pressure sensor, also known as the "pressure switch", is located on the high-pressure refrigerant line near the passenger side strut tower in the engine compartment. As its name indicates, its sole function is to monitor refrigerant pressure in the A/C system to prevent damage to the compressor. Abnormally high or low refrigerant pressure will trigger the sensor to shut down the system to protect the compressor from being damaged. A faulty A/C pressure switch can send mixed signals to the HVAC controller, causing it to intermittently start and stop the compressor causing the air temperature to cycle between hot and cold. If the pressure sensor has failed altogether, the air conditioning system will not blow cold air at all.
The refrigerant expansion valve is located at the rear of the engine on the right side of the vehicle. It is mounted in the firewall and is connected to the evaporator which is located under the dashboard. Its sole purpose is to regulate the amount of refrigerant entering the evaporator to avoid it being damaged. Too much refrigerant can cause the evaporator to freeze, causing internal damage and water to accumulate under the dashboard when it defrosts. Too little refrigerant can cause the evaporator to overheat, also causing internal damage. A failing expansion valve will cause the air temperature to fluctuate between hot and cold. Like the pressure sensor, if it has failed completely the system will only blow hot air.
Replacing the pressure switch on 2004-2010 5 series models is very easy...it is conveniently located on the right side of the engine and can be accessed without removing any parts. Unfortunately removing the expansion valve is a little more challenging...it is mounted to the firewall and requires the cabin air filter assembly and strut brace to be removed to gain access to it.
We give full step-by-step instructions below as well as a detailed parts list for your convenience.
×
E6x 5 Series - All Models
View the detailed parts diagram for this repair.
Includes detailed part diagrams, part numbers and links to purchase all of the required components needed to complete this repair.

Before starting this repair, you must have the following required parts.
Fits all BMW E60,E61,E63 and E64 models
The air-conditioning expansion valve controls the amount of refrigerant entering the evaporator under the dashboard. Too much or too little refrigerant can destroy the evaporator requiring a very expensive repair! Replacing your expansion valve is cheap insurance against more costly repairs down the line.
All BMW and MINI models
If the air-conditioning in your BMW or MINI is cycling on and off, most likely you have a failing pressure sensor.
Repair Steps
Section 1 - Replacing the BMW E60 air-conditioning pressure sensor
As previously discussed, the A/C pressure sensor in 2004-2010 5 series models is located on the high-pressure refrigerant line on the right side of the engine compartment. Remember that the A/C system must be completely evacuated of all refrigerant before starting this repair in accordance with Section 608 of the Clean Air Act.
Section 2 - Replacing the expansion valve
The expansion valve is located at the rear of the engine on the right side of the vehicle. It is hidden behind the right side of the filtered air duct which channels air from the cabin filter assembly into the evaporator. The cabin filter assembly must be removed from the vehicle to gain access to the expansion valve.
BMW E60 A/C Pressure Sensor and Expansion Valve Replacement Finished 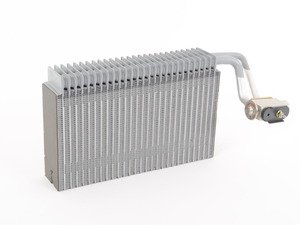 $194.95
The A/C evaporator in your BMW is where the A/C refrigerant is evaporated from a liquid to a gas, absorbing heat in the process. Without the evaporator, the A/C system would not work at all. Since the evaporator is located inside of the vehicle in the climate control plenum, it is not very susceptible to damage. The evaporator will usually last many years. If your A/C evaporator does fail, it must be replaced in order to maintain the functionality of the A/C system. Fits: BMW E60, BMW E61, BMW E63, BMW E64
http://click.linksynergy.com/link?id=whPkjrNnIYw&offerid=580643.19617396160&type=15&murl=https%3A%2F%2Fwww.ecstuning.com%2Fb-rein-parts%2Fa-c-evaporator%2F64119238655%7Eren%2F 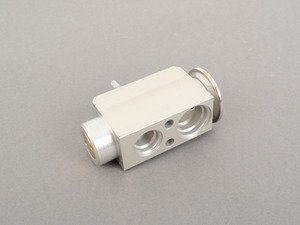