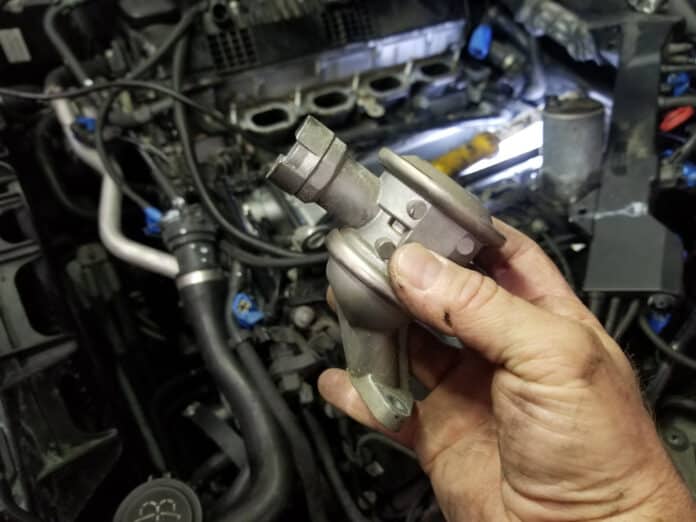 Affiliate link disclosure – The BMW Repair Guide uses affiliate links in their site. For more information on affiliate links, please click here.
Repair Summary
This article gives detailed instructions on replacing the air pump control valves in a BMW vehicle with the 8 cylinder N62 engine. Even though we used a 2005 645ci to perform this repair, this article can be applied to any vehicle with the BMW N62 8 cylinder engine including 5,6,7 and X5 models with minor modifications to the repair steps.

The BMW N62 air pump control valves are a known source of failure in the V8's emissions system.

One of the more overlooked (and misunderstood) systems in our BMW vehicles is that of emissions control. Emissions control is the process of reducing the hazardous air pollutants that are emitted from a vehicle as a byproduct of fuel combustion. These hazardous pollutants include hydrocarbons, carbon monoxide (CO), and other volatile compounds that are considered dangerous to human health and the environment.
One of the critical components in reducing hydrocarbon and CO emissions in our BMWs is the secondary air injection system - a method of injecting outside air into the exhaust manifold during a cold engine start. Injecting fresh outside air into cold engine exhaust gases helps the catalytic converter reach its operating temperature faster, reducing the number of unburned hydrocarbons emitted from the vehicle. The secondary air injection system relies on an electric air pump which directs outside air into the exhaust manifold through a network of pipes, and two non-return valves. These non-return valves, also known as air pump control valves, basically check valves located on each of the V8's two exhaust manifolds. They allow the fresh outside air from the secondary pump to flow into the exhaust manifolds without allowing dangerous gases to flow back in the opposite direction into the pump. Without the air pump control valves, dangerous gases would flow back into the engine when the secondary air pump shuts off.
Unfortunately, age and general wear and tear take their toll on the BMW N62 air pump control valves, causing them to malfunction. Dirt, debris, and mechanical malfunction can cause the valves to stick open or closed triggering the dreaded "service engine" light in the instrument cluster as well as displaying emission system warning messages on the iDrive display. BMW N62 air pump control valve failure will also produce error codes including P0491 and P0492.
Replacing the air pump control valves on the N62 eight-cylinder engine is unfortunately not a simple process. The valves and the pipes that connect them to the secondary air pump are located underneath the intake manifold. The intake manifold must be removed to replace the air pump control valves in the N62 engine...it is impossible to access them any other way.
When performing an air pump control valve replacement on your BMW N62 engine, we strongly recommend replacing the pressure hose assembly that supplies the air from the secondary pump. The pressure hose assembly is made of plastic and is notorious for becoming brittle and cracking with age. We cannot stress enough spending a few extra dollars and replacing this pipe while you have the engine disassembled.
×
N62 Engine - All Models
View the detailed parts diagram for this repair.
Includes detailed part diagrams, part numbers and links to purchase all of the required components needed to complete this repair.

Before starting this repair, you must have the following required parts.
BMW N62 V8 Engine
This is the same factory air pump control valve that would be installed at the BMW dealership.
BMW N62 V8 Engine
These gaskets should be replaced each time the intake manifold is removed.
category = 1956category = 14category = 1677category = 1957category = 1958category = 1959
Repair Steps
Section 1 - Removing the Intake Manifold
In order to gain access to the BMW N62 air pump control valves, the intake manifold must be removed. You cannot remove the air control valves with the intake manifold in the vehicle. This is because the pressure hose assembly that connects the air pump to the valves is underneath the intake manifold...it is not possible to reach its connections otherwise.
Section 2 - Replacing the BMW N62 Air Pump Control Valves
Once the intake manifold is removed, replacing the control valves is a simple procedure. They are simply attached to the top of each exhaust manifold with two bolts. There is a very good probability that you will break the plastic pressure hose assembly while removing the valves. DO NOT get discouraged...this is a very normal occurrence. The pressure hose assembly becomes very brittle with age and in older vehicles, it is nearly impossible to remove without it falling apart in your hands. If you break yours, please see our parts block above to reorder or click here to purchase a replacement.
Section 3 - Reassembling the Vehicle
Reassembling the vehicle is very straightforward with no special procedures. We have provided a handy checklist below for your convenience to help with reassembly. 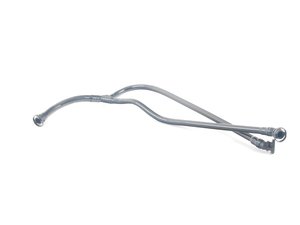 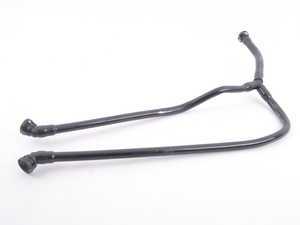 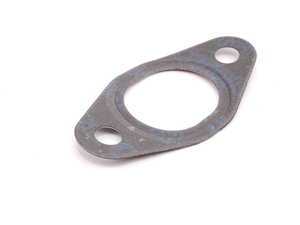 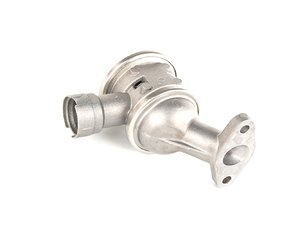 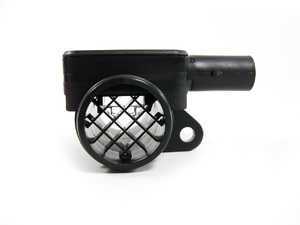 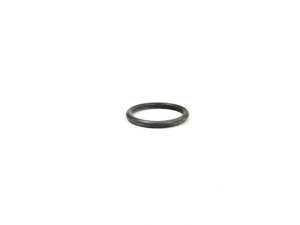 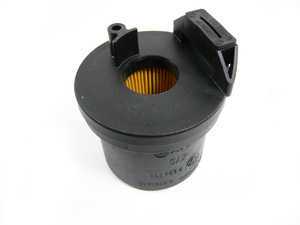 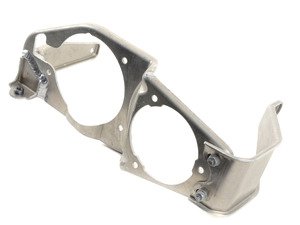 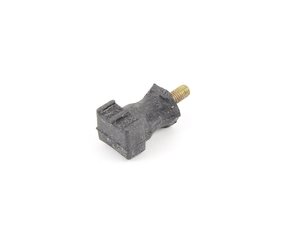