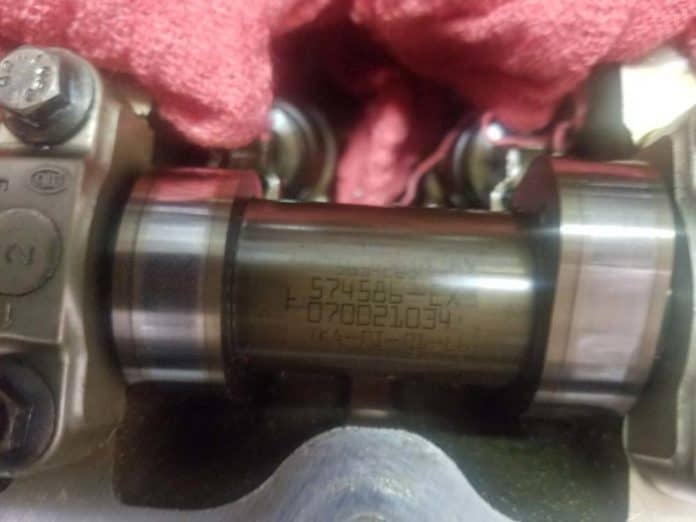 Affiliate link disclosure – The BMW Repair Guide uses affiliate links in their site. For more information on affiliate links, please click here.
Repair Summary
This article gives detailed instructions on calibrating the timing chain in a MINI R56/R57 vehicle. Even though we used a 2007 MINI Cooper to perform this repair, this article can be applied to any 2006-2013 MINI vehicle with minor modifications to the repair steps.

A MINI R56 engine timing calibration is a simple procedure that may be necessary if the timing chain or camshaft sprockets (VANOS) have been damaged on your vehicle.

As we have discussed in other articles, the MINI R56 four cylinder Prince engine has timing chain issues. More specifically, it has a timing chain tensioner issue that if left unchecked can cause catastrophic damage to your engine (please read our repair article MINI R56 Timing Chain Replacement for a more in-depth discussion on this topic).
As early as 2010, many Generation 2 MINI owners were complaining of a metallic noise emanating from the right side of the engine compartment. As the vehicles were brought in to dealerships and repair shops for diagnosis, reports started to filter out of premature timing chain tensioner failure. This failure caused the MINI R56 timing chain to "slap" against the side of the engine block creating what was to become the notorious "death rattle". If not repaired immediately, the timing chain becomes elongated causing it to skip off of the camshaft sprockets and potentially evoking catastrophic damage to the engine. Elongated timing chains can also bind up in the gears, causing the camshaft sprocket bolts to shear off sending a volcanic plume of metal particles into the engine head and oil pan.
The good news is this issue has been well documented and (assuming your engine has not been irreversibly damaged) can be fixed. There are a plethora of affordable OEM and aftermarket kits available to the home mechanic to rebuild the timing chain system on their MINI R56s.
One topic related to a timing chain replacement that causes a lot of confusion among home mechanics is the issue of re-calibrating the engine timing. A MINI R56 timing calibration is a very simple operation to perform...the dilemma that arises is why it must be done and under what circumstances. Once these two concepts are understood, the actual calibration only takes a few minutes.
The oversimplified "how and why" of a MINI R56 timing calibration The Prince engine in your MINI R56 is a four-cylinder marvel that is dependent on two precisely engineered camshafts that control the movement of the intake and exhaust valves inside the cylinders. The camshafts have "lobes" that open and close the valves in perfect unison with the engine's pistons.
In order to keep this harmonious relationship between the valves and the pistons, the camshafts must be intimately linked to the engine's crankshaft (this is starting to sound like an online dating advertisement). This interconnection between the camshafts and the crankshaft is supplied by the timing chain; as the crankshaft turns the timing chain, the timing chain turns the camshafts...all of this in perfect factory set unity. If this factory set unity between camshafts and crankshaft is broken, then the engine will be out of time with potentially catastrophic consequences.
So how do we keep the factory set unity if we have to service the engine...more specifically if we have to remove the timing chain? How do we keep this harmonious relationship of parts if even a minuscule amount of movement in either the camshafts or crankshaft will throw the engine out of perfect rhythm? We use a locking tool to immobilize the camshafts and crankshaft before starting our work. The sole purpose of the timing chain locking tool kit is to immobilize the camshaft and crankshaft so they stay in the correct position when the timing chain is removed. It's that simple folks.
But what happens if the timing chain is removed without locking the camshafts and crankshaft? What happens if the chain is damaged causing it to skip off of the camshaft sprockets while the engine is running? Now the engine is no longer in time; the camshafts and crankshaft are no longer in unity. Attempting to reinstall the chain and starting the engine could cause catastrophic damage. The engine timing needs to be calibrated.
Lucky for us, BMW has made a MINI R56 timing calibration a very simple procedure. All MINI R56 camshafts are embossed with a label on the top of the part; all you have to do is turn each camshaft until the label is pointing up...then lock it in place with your tool. Wow...that was tough.
As for the crankshaft, it is calibrated in the correct position by simply inserting the tool and locking the flywheel. There is only one hole in the flywheel so it's pretty tough to mess that one up. Once your engine timing is calibrated, you can proceed with timing chain repairs as normal. The installation of your camshaft sprockets (VANOS) has nothing to do with your engine timing...they can be bolted on in any orientation after you lock the cams and crank in the correct calibrated position.
×
MINI R56/57 - All Models
View the detailed parts diagram for this repair.
Includes detailed part diagrams, part numbers and links to purchase all of the required components needed to complete this repair.

Before starting this repair, you must have the following required parts.
All MINI Cooper vehicles
Exclusively designed for Mini Cooper N14 engines. This tool kit helps you to set camshaft timing when removing the timing chain for camshaft, cylinder head, or timing chain service on the N14 turbocharged. EWK has been producing Mini Cooper parts and accessories for the better part of a decade. We love and highly recommend this camshaft timing kit.
category = 3465
Repair Steps
Section 1 - Locking the Flywheel
The first step in calibrating the engine timing on your MINI R56 is to lock the flywheel. If you are in the middle of a timing chain repair, you may have already done this (if so just skip to section 2 below). Locking the flywheel is an extremely easy procedure that has received a lot of "bad press" in online forums and repair articles. There is absolutely no need to visually calibrate your pistons when locking your flywheel...just turn the crankshaft until the tool slips into the hole.
Section 2 - Calibrating and Locking the Camshafts
"Calibrating" the camshafts is a fancy term that simply means to spin them until their embossed labels are facing up. Once the labels are facing up, then you can lock them in place.
MINI R56 Engine Timing Calibration Finished 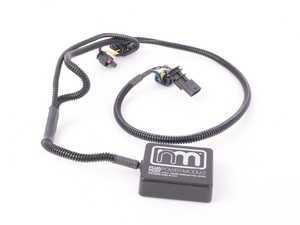 NM Engineering NM Power Module - N18 Engine
Part #: nm.648856
$332.45
$332.45
NM Engineering Power Module is a device which easily allows most able person to upgrade the performance of their MINI Cooper S/JCW N18 Engine without reducing the reliability or integrity of the engine, clutch, and driveline. This is the simplest and best alternative or option to chip tuning. The NM Power Module is an all new proprietary tune box designed specifically for the N18 Engine Gen 2 R55-R61MINI Cooper S/JCW, not some rebranded 3rd party product for the BMWs. It is a plug and play box that intercepts the T-MAP sensor and can be installed or removed within minutes without any detection. The electrical components are housed in a billet aluminum enclosure which is protected from the elements and is designed and manufactured to be positioned within the engine bay of your vehicle. The wire harness is manufactured using automotive quality wiring which is both oil and heat resistant and has the same OE water proof connectors as used on your engine. Note: Tested on 2012.5 - 2016 MINI Cooper's N18 engine with BOSCH MEVD 17.2.2 ECU. But may work with older N18 engine ECU's pre 2012 to 2011. Testing is still being performed for those and the older N14 Engine coverage ( R55-R59: 2007-2010 S/ 2009-2012 JCW) for this same module. Boost Increase: +4 to 5 psi HP/TQ: +28 HP / 36 ft-lb Functions: Allows ECU to remain in control of boost The actual boost is increased by a precise amount Boost is increased in a gradual, progressive fashion Correct Air/Fuel mixture maintained from the wide band O2 and closed loop mode of the ECU Ignition timing optimized by the ECU Retain factory engine safety protocols Not effected by ECU reprogramming by the dealer Plug-and-play intercept at T-MAP sensor connector location Installation or removal can be completed in a few minute No trace Power Module was ever there after removal Power Module can be sold or transfered to another vehicle of the same engine type. Notes: OBDII displays actual boost and not compensated, which makes the module compatible with all OBD reader/scanner, such as: Scan Gauge, P3, PLX, Torque Pro, etc. Fits: MINI S, MINI S Clubman, MINI John Cooper Works, MINI John Cooper Works Clubman, MINI S ALL4, MINI Cooper S, MINI John Cooper Work, MINI John Cooper Work Clubman
http://click.linksynergy.com/link?id=whPkjrNnIYw&offerid=580643.18617528008&type=15&murl=https%3A%2F%2Fwww.ecstuning.com%2Fb-nm-engineering-parts%2Fnm-power-module-n18-engine%2Fnm.648856%7Enme%2F 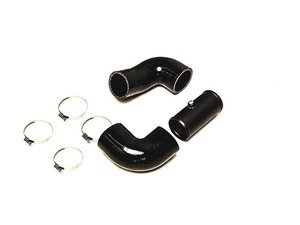 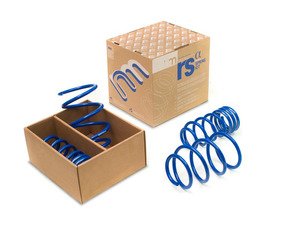 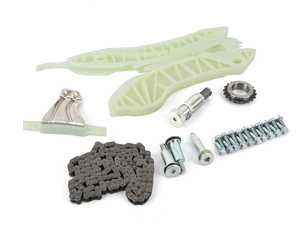 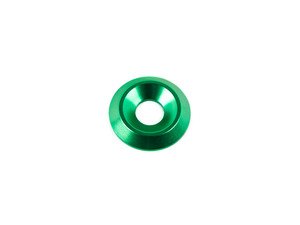 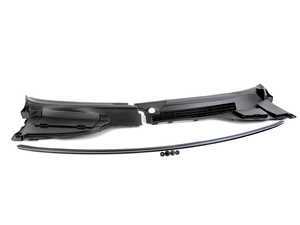 Genuine MINI Windshield Cowl Cover Kit - R55, R56, R57 With Additional Mounting Strip
Part #: 51132751210kt1
$155.63
$155.63
This left and right plastic cover mounts over the wiper cowl on the front windshield and has an access panel flip up for the brake fluid reservoir and the other side has the battery cover. Great for the replacement to restore that section and includes the install hardware for a secure fitment. The integrated rubber seal at the top each side that touches the window tends to deteriorate over time. These trim panels include that seal on each side. (Note when these start to deteriorate it looks like a separate seal, but it is part of the main plastic piece.) Includes underside mounting strip that connects to the bottom side of the window which sometimes can be glued into location, this ensures the bottom portion of these two main pieces clips and holds down into place. Restore the look of your faded cowl section. Kit includes: Left and right-hand side cowl cover with integrated gasket/seal that touches the window 2 Plastics nuts for the forward position of each cover 2 Hex bolts for the rear position of each cover Includes underside mounting strip Fits: MINI
http://click.linksynergy.com/link?id=whPkjrNnIYw&offerid=580643.18907099284&type=15&murl=https%3A%2F%2Fwww.ecstuning.com%2Fb-genuine-mini-parts%2Fwindshield-cowl-cover-kit-r55r56r57-with-additional-mounting-strip%2F51132751210kt1%2F 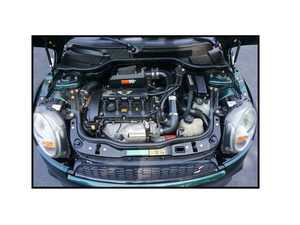 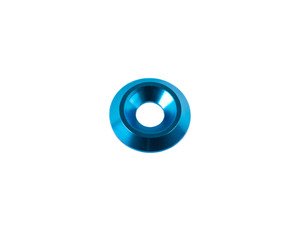 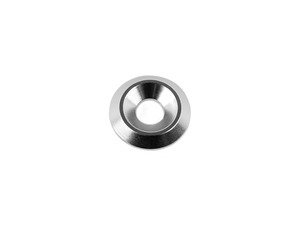 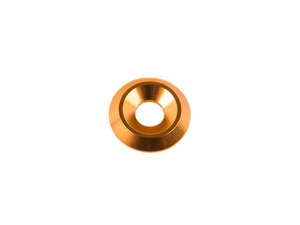 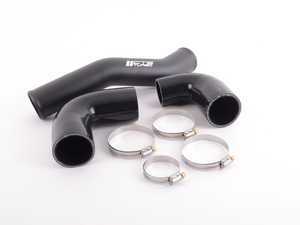