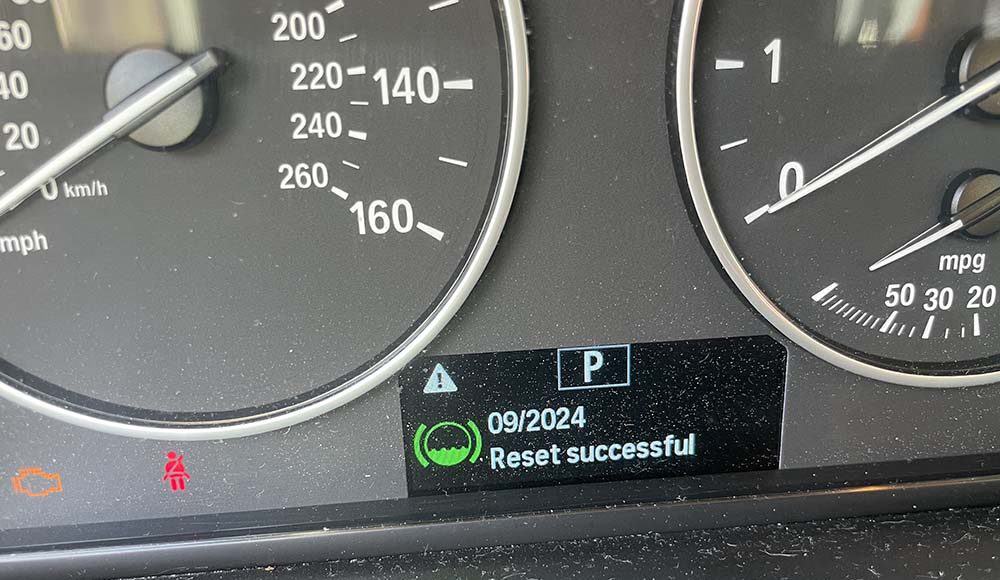 Resetting the Conditional Based Service messages and lights on your 2010-2016 BMW X3 is very simple and can be done quickly without any special equipment.

One of the more irritating features found in 2010-2016 BMW X3s is the Conditional Based Service (CBS) messages that appear on the dashboard and iDrive screen when the vehicle's onboard control modules suggest it's ready. We stress the word suggest - these notifications are simply a BMW gimmick are by no means a requirement to hit the panic button and rush your BMW to the dealership for expensive repairs. They are merely a recommendation based on a German algorithm that mashes up your last service date with your current driving habits, spitting out a chilling message that your BMW X3 may need immediate attention. If the vehicle is brought to the dealership, these CBS messages are reset using fancy diagnostic equipment.
The problem that arises is that many 2010-2016 BMW X3 owners take their vehicles to local repair shops, independent oil change facilities, or even perform their own service and maintenance work. So, in these cases, how do you reset the CBS messages? It's actually extremely simple.
BMW was gracious enough to allow owners of 2010-2016 F25 X3s an easy and quick way to reset their oil, brake fluid, front and rear brakes and inspection service reminders themselves. Even better is that no expensive diagnostic scanner is needed...just one finger. We give full instructions below along with a quick video for your convenience.
×
F25 X3 - All Models
If the video does not appear below, please click here to view
View the video version of this repair.
Repair Steps
Section 1 - Resetting the conditional based service messages
In 2010 through 2016 X3 models, the oil, brake fluid, front/rear brakes and inspection warning messages can easily be reset using the trip distance recorder button found on the bottom left corner of the instrument cluster.
BMW F25 CBS reset complete
Share
Facebook
Twitter
Pinterest
WhatsApp
Previous article2022 BMW iX Review and Specifications
Next article2023 BMW 3-Series Review and Specifications – Pricing, Options