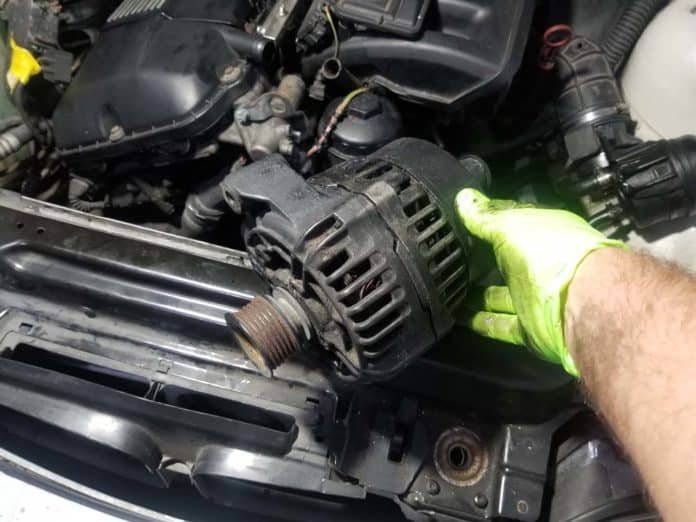 Repair Summary
This article gives detailed instructions on replacing the alternator in a BMW E46 3 series vehicle. Even though we used a 2000 323i to perform this repair, this article can be applied to any 1998-2006 3 series vehicle with minor modifications to the repair steps.

A BMW E46 alternator replacement may be needed if your dashboard battery light is on and you start losing electronics while the engine is running.

One of the more surprisingly robust parts in the engine compartment of our BMW E46 3 series vehicles is the alternator. With many BMW E46s passing the 20-year mark in age, a fair share of them is still running with their original factory alternator under the hood. Unfortunately, most of these original alternators are reaching the end of their service life and will need to be replaced.
The BMW E46 alternator produces electricity which is used to charge the vehicle's battery and power the onboard electronics while the engine is running. It is driven by the main accessory (serpentine) belt which connects the alternator's pulley to the crankshaft. This transfer of mechanical energy from the spinning engine to the alternator effectively creates electrical power that runs the entire vehicle.
Like all mechanical parts in your E46's engine, the alternator has a definitive life cycle and eventually needs to be replaced (no part lasts forever). The classic signs that your 3 series alternator is failing include; the "battery" warning light is illuminated in the instrument cluster, the interior and exterior lights become dim (or go out completely) while the car is running and the inability of the battery to hold a charge no matter how much you run the vehicle.
Performing a BMW E46 alternator replacement is a relatively easy procedure for the home mechanic with average ability and can save a very expensive trip to the dealership or local repair shop. Now is also an excellent time to install new drive belts and pulleys in your BMW E46. For more information, please see our article BMW E46 Belt Replacement-1998-2006 3 Series-M52/M54 6 Cylinder.
×
E46 3 Series - All Models
View the detailed parts diagram for this repair.
Includes detailed part diagrams, part numbers and links to purchase all of the required components needed to complete this repair. 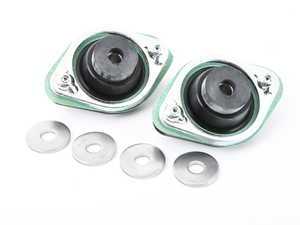 $115.00
Say goodbye to rear end clunks! With our legendary Rogue Engineering Rear Shock Mounts (RSMs) you have high quality, rebuildable, easily serviceable parts, unlike the factory OE throwaway parts. Do not settle for imitations! We have proudly sold THOUSANDS of our RSMs to many enthusiasts! Fits the following vehicles: All E30, including M3 All E36, including M3, Z3 and 318ti All E46, including M3 All Z4, including MZ4 Rogue Engineering Rear Shock Mount Set includes: Two (2) Rogue Engineering 6061-T6 CNC, Anodized Rear Shock Mounts Four (4) Shore A 60 Rubber Bushings (stiffer TRACK versions available at extra cost) Two (2) 303 Stainless Steel Bushing Spacers (to be used with standard 10mm rear shocks, remove these for 12mm) Four (4) 303 Stainless Steel Washers (2 required per mount) Four (4) Yellow Zinc plated M8 serrated lock nuts Two (2) Shock Tower Reinforcement Assemblies (with 10.9 hardware welded) Two (2) factory gaskets Problems with Factory Mounts The factory BMW rear shock mounts are generally a little soft, to provide the most possible acoustically dampening in the vehicle. However, design precludes them from being stout enough to withstand the rigors of aftermarket suspension, or even badly damaged roads. A decent sized pothole can send a perfectly good factory rear shock mount to pop out, making it entirely useless necessitating replacement. Upgrading to E46 M3 rear mounts (a popular alternative) is not a guarantee that it doesn't happen again and again. Because of poor design and extensive abuse, stock BMW rear shock mounts mounts often fail with rubber deteriorating which then allows the inner metal sleeve to start moving (or eventually separate from the rubber). Usually, this manifests itself as squeaking, rattling, clunking and deflection of the rear shock mount, leading to poor suspension performance and a great deal of annoyance. Replacing the RSM's with OEM units provides temporary relief, but invariably they fail again, usually in 20K miles or so, but often MUCH less when aftermarket high performance shocks are used. What about those "heavy doodie" factory style mounts? There has been the introduction of a factory style mount touted as "heavy duty", "taper-core", "ultimate", "stage 1" and many more marketing names. This revised version of a factory mount addresses a single issue (of many) problems with factory style mounts. Fits: BMW E30, BMW E36, BMW E46, BMW Z3, BMW Z4
http://click.linksynergy.com/link?id=whPkjrNnIYw&offerid=580643.19339069956&type=15&murl=https%3A%2F%2Fwww.ecstuning.com%2Fb-rogue-engineering-parts%2Frogue-engineering-rear-shock-mount-e30-e36-e46%2Frsmnonono%7Erog%2F 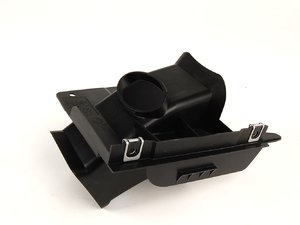 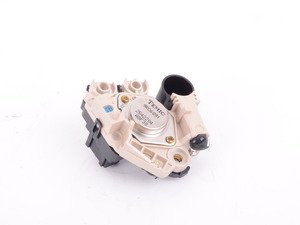